I love drama. When I was a child, I dreamt of being an actress – and I pursued that line until I found another way of engaging my flair and passion for drama: as a conflict and communication strategist. I tell friends that every time I mediate, it’s like Judge Judy meets Geraldo – I’m just waiting for somebody to pick up on this for a reality tv show. I’ve been in the room where people are suing each other essentially because one stopped sleeping with the other. I’ve seen divorced parents dispute who should pay their child’s medical expenses, while she is in foster care. I’ve seen friends who entered the room calling each other names and leaving in a tearful embrace. I even saw one case where a landscaper ended the mediation offering to take his former clients out to lunch.

But most conflicts aren’t juicy mediation dramas. Most conflicts involve one or both parties spending a lot of time worrying about how to address the situation, how to get past this dispute, or wishing it were over. For those situations where a person feels stuck and limited in how to get ahead, conflict coaching is a fantastic option.

At its core, conflict coaching is about new perspectives. A client will tell her story to me, and I’ll probe for a deeper understanding of the power plays and to paint a richer emotional picture of what’s going on. We explore together how the situation came to be and all of the factors that have played into this crescendo of escalation. Along the way, there are moments of self-discovery and reflection that shift clients’ understanding of what happened and why. When these “aha” moments happen, it’s nothing short of miraculous. Such uplifting moments are magical for myself and my client. The same applies whether the conflict is about parenting, pay negotiations, dating relationships, or team dynamics.

It’s these moments that help reshape the conflict and allow for new possibilities that were hidden from view. And what’s fascinating as a coach is that I’ve never coached someone who didn’t have at least one fabulous new insight or reframe on how she was relating to the other person. These, in turn, open up new alternatives for how to proceed and address the situation.

Conflict coaching empowers clients by shifting their vision. Some are no longer victims of a power play. Others recognize resources they can tap for assistance and support. Many had no idea they were holding themselves back from what they wanted most. These women were excited and refreshed to be liberated from those ropes that were tying them to a story they did not want and/or no longer needed.

Breakthroughs are generally rare occurrences in our lives. But in my experience as a conflict coach, it’s a constant event. Every time I coach, we both come away with new ideas and awarenesses. Unlike a theatrical production, where the same drama is replayed with the same characters and the same conclusions every day, my life in conflict uncovers fascinating new plot twists, every time. I meet women who are struggling with work/life balance, relationships, power plays, defiant children and students, Neanderthal mentalities at work, and any other assortment of situations… And yet without fail, and what’s common to them all: each client finds her own “happily ever after.” 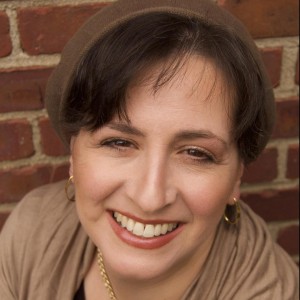 Drop us a line for a FREE 15 minute consultation to help you handle your conflict or challenge!

How can we help you today?

Glad to help you out – please fill in the form below, so we can get started!

Drop us a line for a FREE 15 minute consultation to help you handle your conflict or challenge!

Glad to help you out – please fill in the form below, so we can get started!